What's up with your tiny house?

So here's what's going on: the place where I had planned to leave my tiny house for a few months and let it be rented out to people overnight has been shut down by the city. Boo. So much for that awesome plan.

Now we're back to square . . . Well, I don't want to say square one because I'm definitely further along in the going-tiny process than I was a year ago. I mean, I still have a house. It's perfect for me. I designed it for exactly what I want and need. I've paid for it and borrowed money to do so. And that's all well and good, BUT . . . I don't have anywhere to put it. So maybe we're at square 1.5 or something.

Anyway, I've known about this for a couple weeks now but I've been avoiding talking about it on my blog or social media because I like to have a plan in place before I tell people about my problems. It helps me to feel like I have things under control. Like even if I haven't totally figured it out yet, I know where I'm going and I can probably get there on my own, thank you very much.

This time, however, I really don't have a plan. And it's been a little rough. I've been questioning all sorts of things like, should I even go tiny anymore? Should I sell my house and pay off my debts and start over again? Should I try to find a place to live in my house now? Should I put in storage for awhile? And ultimately who am I if I'm not the tiny house girl, you know? Like where is my life going and what do I want to do with it and who do I want to be? 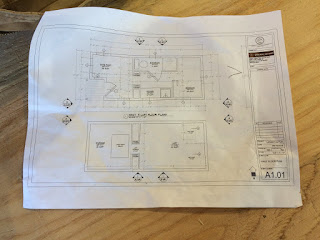 I tell ya, there is nothing like a lack of tiny house parking to bring on an existential crisis.

But after all this questioning and avoiding and getting more and more frustrated, I've finally decided to start talking about this problem because I need help. I have tried my darndest to find a solution for where to put my tiny house, and it's just not working. Now maybe this means that it's a problem that's not meant to be fixed. That would be sad, but if that's the case, and it's really what Heavenly Father wants for me, I could accept that. I'd cry about it, but I'd be okay.

But there is another possibility. Maybe the reason I haven't been able to find parking on my own is that I need to learn how to ask for help and rely on my community. So that's what I'm doing.

I've been researching and researching the zoning laws in Alameda County and the surrounding areas, and as I suspected, there is just no way to legally live in a tiny house on wheels around here. (Except in an RV park, which is simultaneously too sketchy for my comfort zone and too expensive for my budget.) However, I have learned that it's legal to park an RV or tiny house on private property in a backyard or a side yard, as long as you don't live in it.

I think that's what I'm looking for—at least for now. Not forever, obviously. I would like to live in my house eventually. But for now, I need to be realistic and admit that all I can afford is to put the thing in storage and wait until I've shifted some things around financially. 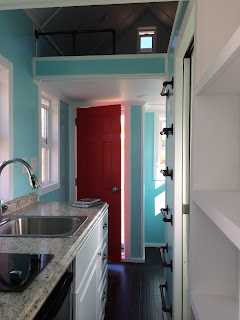 The other option I'm considering, and this may still happen, is to move my house up to Clearlake and live in an RV park up there. That situation is within my budget and totally legal, it's just not in the best neighborhood and also I'd be living in the middle of nowhere, two hours from everything. Not ideal. I mean, great for writing a novel or something, but maybe not so great for my social life. I am an introvert, but this would be extreme.

I guess I just needed to let you guys know what's happening in case I do decide to up and move somewhere again without much warning.

It's all part of the adventure, right?

But in the meantime, if you have (or someone you know has) some extra space in your backyard and you want a super cute playhouse for your grandkids or something, I've got just the thing. I might even be able to pay you to keep it there. You just can't sleep in it or use the kitchen or the bathroom or anything that might count as "living" in it. 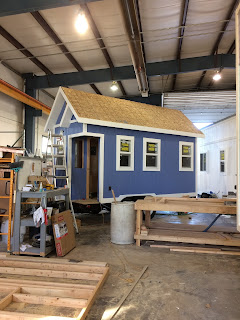 The other possibility is that I might live somewhere "illegally" for awhile. And if that happens, I'm totally going to redo my blog to give it a ninja theme or maybe camouflage or James Bond or something. Ooh! Or pirates! I like this plan.

In case you're unfamiliar with all the legal issues surrounding tiny house living, here's a good primer article:

I have gone back and forth on how I feel about living "illegally" or a-legally, as I prefer to say. I don't like the idea of living outside the law. I am a total rule follower, anyone will tell you that. But in this case, I actually think the rules are kinda wrong. I don't want to get up on a soap box or anything, but it's really hard to find super small housing in America, and I think that's a shame. And to be honest, it has everything to do with the construction and building industries and a lot less to do with what people actually want and need.

Obviously, I wish there were more options for fully-above-board tiny house living. That would be awesome for a lot of reasons. I will say that things are getting better. There are way more tiny house communities now than there ever were in the past. Someday, I'd like to try to join one or maybe even help start one. But as far as an immediate solution, I'm just not ready. And once again, there's the whole budget thing. 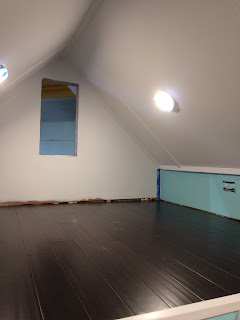 So for now it's either storage, Clearlake, or living a-legally. If you think you might know of another option or if you'd be interested in letting me store my house at your place, I'd love to chat with you. Also, if anyone has a truck (like a Ford F-150 or bigger) and wants to let me borrow it or earn some extra money for towing a tiny house around, I'd love to hear from you too.

If you want to rub it in my face, tell me I'm irresponsible for getting myself into this mess, or just say you told me so, you're totally welcome to do that too. I get it. Really, I do. And It's true. You did tell me so, and I don't know what I'm doing. I'm sure many of you (maybe most) won't understand why I'm so set on trying to do this really-hard-to-do thing. But that's okay. You don't have to understand. I may not know what I'm doing, but I do still know why I'm doing it. I guess right now that's all I've got.

Oh. And I've got a tiny house, and it's super cute. I suppose that's something. 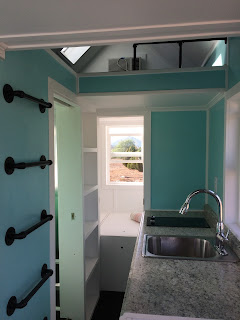